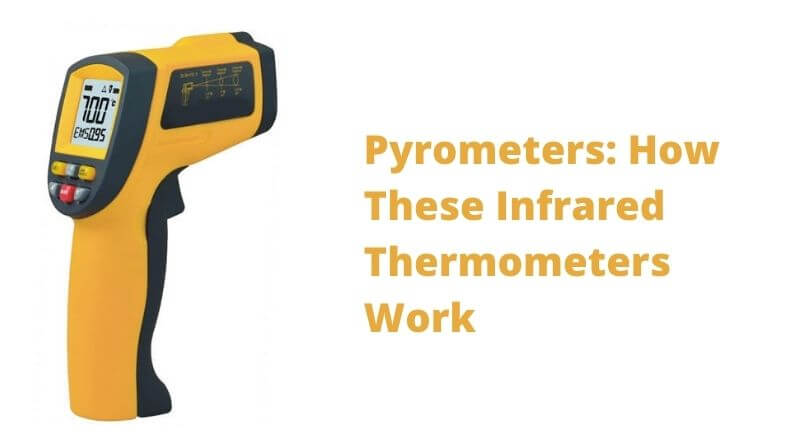 An ordinary thermometer will not be able to measure the temperature of an object that is literally too hot to handle, and while a thermocouple may be an option if the heat is still too great or too inconveniently positioned then the best option is to remotely measure its temperature with the use of an infrared thermometer called a pyrometer.

What is a pyrometer?

Pyrometers are highly accurate thermometers that measure the temperature of something from the heat radiation it is giving out at a safe distance, with some pyrometers capable of accurate results from as far as 30 metres away.

There are two main types of pyrometer – an optical pyrometer, which lets the user look at a heat source via a mini-telescope and take a manual measurement, and an infrared pyrometer (also known as a digital pyrometer) that provides a fully automated measurement. There are some pyrometers that need to touch hot objects to measure them, but strictly speaking this means they are not really pyrometers and are actually just high-temperature thermometers.

Pyrometers and other infrared thermometers usually work by taking a sample of two different wavelengths that are coming from a hot object and then making a comparison. One of the most common designs sees radiation from a sample passing through a lens that is on the front of the infrared thermometer as well as an optical chopper.

This causes the beam to be disrupted several dozen times per second to allow the detector to alternately receive two different light wavelengths from the same sample. The temperature of the object can be determined by an electronic circuit that is attached to the detector.

There are also other infrared thermometers that make a comparison between the heat radiation coming from the object with the radiation being emitted by an internal heat source with a known temperature or the infrared background level from the interior of the thermometer casing.

To use an infrared thermometer, press the trigger to put the device into reference mode. Infrared radiation will be fired out by an internal heat source with a known temperature. The infrared will be picked up by a mirror and that reflection will be picked up by a detector. The internal reference source readings are noted by a microchip. The trigger can then be released, putting it in operating mode.

These handy gadgets – named after the Greek words fire and measurement – are now in common usage.